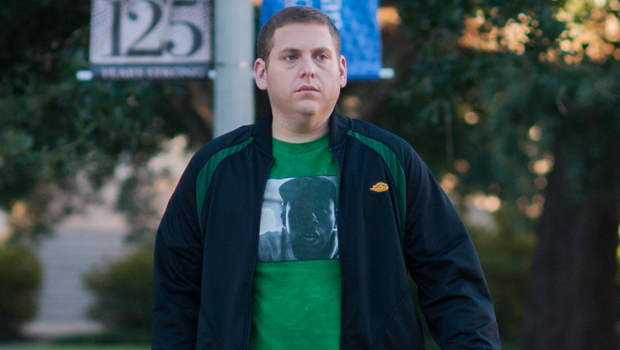 People say stupid things all the time. Sometimes, public figures say something stupid. In some of those cases, they’re called out for their inappropriate comments or language. When this happens, an apology will typically be issued within a day. There are plenty of cases where the apology seems half-assed at best. I’d like to point to one that, for me at least, actually gets it right.

I’m talking about Jonah Hill’s statements following an outburst directed at a paparazzo that was then released by TMZ. The outburst, in case you missed it: “Suck my dick, you faggot.”

Yeah, that’s definitely not a proud moment for Hill. Shortly after the clip was published online, Hill (who’s currently promoting his upcoming film 22 Jump Street) found himself on Howard Stern’s radio program, where he brought up the clip. While his statement started off explaining the situation and acknowledging his mistake, he took an interesting turn halfway through:

“I’m happy to take the heat for using this disgusting word. What I won’t allow is for anyone – it would break my heart to think that anyone – especially with all the work that I’ve done and all the loved ones that I have – that I would be against anyone for their sexuality.”

My biggest problem with most apologies from celebrities when they get in trouble is how quickly they want to sweep the incident under the rug and move on, if for no other reason than the fact that it won’t go away that quickly. Instead, Hill acknowledges that his statement will likely not curb all of the negative attention, and that he accepts the consequences of his statement.

On The Tonight Show, he went a step further:

“I don’t deserve or expect your forgiveness, but what I ask is that at home, if you’re watching this, and you’re a young person especially; if someone says something that hurts you or angers you, use me as an example of what not to do, and don’t respond with hatred or anger. Because you’re just adding more ugliness to the world. I’m so sorry.”

Rather than beg for forgiveness, he asks that this incident turn into a teachable moment. While I’m still disappointed in his behavior in the offending incident, I can’t help but appreciate his willingness to not try and gloss it over. It’s something I certainly hope more celebrities, and people in general, will use as an example of what to do in similar situations.