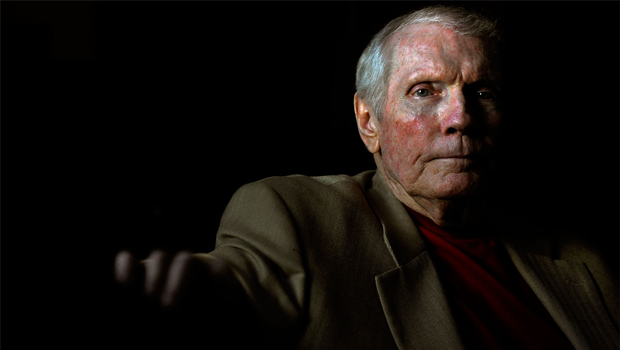 When news about the death of Fred Phelps, the leader of Westboro Baptist Church (a.k.a. the “God Hates Fags” people), came out last week, the range of responses from the LGBT community was almost immediately apparent. I know some people who were glad to hear of Phelps’ death, going so far as to suggest picketing his funeral. At the opposite end of the spectrum, others were quick to say that we should try to avoid mimicking the behavior of Phelps and his congregation.

In all honesty, I’m torn on the whole issue. As much as I’d like to ignore Phelps altogether, this story has been impossible to escape while still staying connected to the world. Personally, I don’t get any satisfaction out of the man’s death, so I can’t say that I’m happy to hear about it. It seems a bit too morbid for me anyway. I also don’t really have a desire to picket the man’s funeral. But I understand that desire to show the Phelps family some sign of what they’ve done to scores of families over the years. There’s a hope, however faint, that such a display may make something click in someone’s mind.

Just based on gut instinct, I find myself falling more in line with those who want to be superior to Phelps. There are plenty of ways to communicate the inferiority of Phelps’ actions over the years without copying his actions. While I don’t feel that we, as a community, should have to prove ourselves to anyone, I’m wary about adding fuel to the fire that constitutes their beliefs when it’s not necessary.

I doubt that most in our community would argue, though, that Phelps was toxic. It’s also safe to say that the views Phelps espoused were held by more than those who belonged to Westboro. We’re fortunate that the tide of public opinion on LGBT rights has shifted in our favor, in part because of Phelps’ extreme actions. But that doesn’t take away the pain that Phelps caused our community. And while I don’t feel that I was personally victimized by Fred Phelps, I can’t say the same for others. As of last week, one of the most prominent examples of hatred in America ceased to exist. I can understand why some take pleasure or relief in the news. I just feel strange joining in.

Most weeks, I’ll receive some emails about some aspect of this column, but this week, I have a request: if you have an opinion on this matter, and you feel comfortable sharing it, send me an email with your thoughts on the matter. I’d like to hear different viewpoints on responding to Phelps’ death, if for no other reason than to get a better idea of the pulse of our community. I look forward to reading your messages.