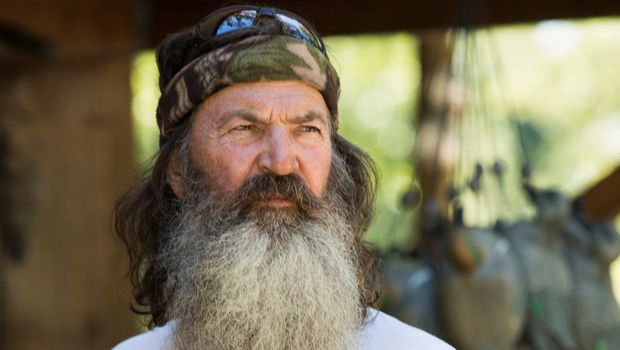 Since December, one of the biggest pop culture stories that just won’t seem to die concerns Phil Robertson, patriarch of the Duck Dynasty family and espouser of ideas like homosexual behavior being the center of sinful behavior and the preference of a vagina to a man’s anus (his words, not mine). And since the subject hasn’t died down yet anyway, it seems like an appropriate topic for my now-expanded Editor’s Note.

Look, Robertson’s views don’t surprise me. While the country is becoming more tolerant as a whole – and yes, that includes rural areas – there are still significant portions of the country that believe what Robertson believes.

I take no pleasure in hearing Robertson’s comments, and I certainly don’t like hearing people across the country come to Robertson’s defense. While I wish his views were held by a much smaller percentage of the population (note: I’m realistic enough to acknowledge that homophobia, like racism, will likely never completely go away), there’s a part of me that’s glad this controversy has come up.

Hear me out on this one.

This is probably more of an issue for those of us who live and work in gay-friendly areas like Atlanta, but I feel like the progress we as a community have made over the last few years has started to fog the view of the country as a whole. Yes, more people in this country accept gays and even support marriage equality than a few years ago, or a decade ago, or half a century ago. But by being part of a very gay/gay-friendly environment, we may not question things like our own personal safety in a way that a gay teenager in rural Georgia might.

Right now, we’re winning the culture wars. That’s great. But if we’re winning, that means somebody’s losing. And while the ideas that are losing are outdated and morally wrong, the people who hold those beliefs dearest are going aren’t going to lose without a fight. Some of the initial response to A&E’s brief suspension of Robertson from Duck Dynasty proves this. They claim that he’s a victim of censorship, or worse, that his first amendment rights were violated. They weren’t, of course, and a basic understanding of the first amendment proves that. But thanks to right-wing talking heads, the victim mentality for facing consequences for their actions has taken hold – strongly.

So what should we do in response in the future? It’s tricky. Personally, as much as I’d like not to hear or see homophobia, there’s a part of me that wants to give homophobes as little ammunition to attempt to garner sympathy as possible. These views are still out there, and they’re not going to go away just by silencing them. All that it does is breed more hostility and potentially make things worse for members of our community. That doesn’t mean letting these things go without a response at all. But maybe we need to find different responses when people like Robertson open their mouths.